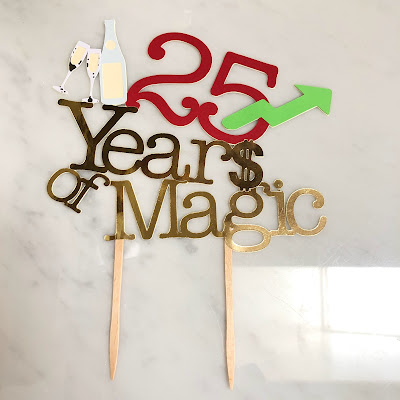 In April, my investment club which I have been joining was celebrating the 25th year anniversary. Due to pandemic we can finally got together the first time in person at my house for the celebration. Everyone brought a dish to share; I provided four homemade pizzas. I also made this cake topper for the cake.

Eight years ago, my friend who was a member in the group invited me. Ever since my money that i have invested in has already doubled its values. I'm not good in finance, but I'm truly thankful for the Lord's provisions for my life. I had never have to deal with debts and experience any financial struggles. His provisions allow me to give my tithes, support missionary friends and help others with financial needs. Within the first year of marriage, my husband and I managed to live a debt free life. God is faithful to us!

In Matthew 25:14-30, talks about a master entrusted his wealth and gave his three servants money according to their abilities. The first servant received five bags of gold; the second received two bags; and the third received one bag. Then he went on his journey. The first and second servants put their money to work and gained double what they first received. The third servant dug a hole in the ground and hid his master’s money.

After a long time the master returned and settled accounts with them. The first and second servants each received the same praise from the master, ‘Well done, good and faithful servant! You have been faithful with a few things; I will put you in charge of many things. Come and share your master’s happiness!’ To the third servant, the master replied, ‘You wicked, lazy servant! You should have put my money on deposit with the bankers, so that when I returned I would have received it back with interest.’ The servant was punished and thrown outside, into the darkness, where there will be weeping and gnashing of teeth.

This parable reminds me that the master is Jesus, the Son of God, who will return one day and we will have to give account. God has given us a responsibility, according to our abilities. We have some work to do. It doesn’t matter how much God has given us but what are we doing with it that matter the most. Do you know who is your master? What has God given you? What are you doing with it? Are you ready for His return? What will Jesus say to you on that day? Everything belongs to God and we are entrusted and are given responsibility to manage His wealth.  Don’t be a lazy servant, the result of the punishment is too harsh for us to bare.

Wealth gained hastily will dwindle, but whoever gathers little by little will increase it. 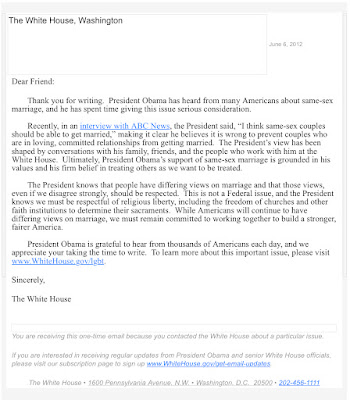